For Bill and Maureen Billerbeck, St. Patrick’s Day is an especially lucky occasion. The two met on March 17th, 1949, while Maureen was attending Catholic University and after Bill had returned to CU after military service.

The couple was married a short time later, after Bill’s junior year as an engineering major at CU. He remembers that time fondly, “It was great, Maureen kept me focused on my studies in those last few years”.

After trying to start a family in those first few years of marriage, Bill and Maureen made the decision to adopt from St. Ann’s Infant and Maternity Home, a place where Maureen had been volunteering since she was a teenager.

In 1955, Bill and Maureen took home Kathleen, a “strong-willed” and “beautiful” one-year-old girl. Within five years, the Billerbecks had returned to St. Ann’s twice more to adopt two baby boys, Johnny and Jim.

Not long after they adopted Jim, the Bill and Maureen were delighted to find out that they were expecting their first biological child, Eileen. Over the next decade, the Billerbeck family grew from four children to nine – with addition of Maryellen, Barbara, Charles, Jean, and Robert.

When asked about what it was like to raise a family of nine children, Bill credits Maureen: “She was very supportive of my engineering career. She was also very loving and organized with all the children, which was much appreciated”. He adds that, “after three, the noise can’t get too much louder and you just add more water to the soup!”

Maureen remarks, “They are all equally loved. We are thankful to the good Lord for sending each of our children to us and for the many good surprises along the way”.

The Billerbecks made the decision to never differentiate between their adopted and natural-born children. In fact, if you were to ask Bill and Maureen which of her nine children are “theirs”, they will reply, “They are all ours”, without hesitation.

Still, it was always important to Bill and Maureen that their family remain connected to the first home of their eldest three children. In the years that followed, Bill and Maureen continued to support St. Ann’s and returned often with their family for Christmas parties and other holiday events.

Tragedy struck the Billerbecks twice when, in 1985 and 1990, Jim and Barbara were each taken from them suddenly and unexpectedly. Jim, their third oldest and the last child they adopted from St. Ann’s, was “a wonderful person” who was “always concerned about other people”. He died tragically after a long battle with drug addiction. Years later, Barbara was struck by a car on her way to work as an emergency room nurse (RN) at Montgomery Hospital, a career she chose because of her strong commitment to “taking care of people”.

Bill and Maureen decided to commemorate their beloved Jim and Barbara by setting up endowment funds at two institutions that played important roles in each child’s life: Montgomery College, where Barbara studied to become a registered nurse; and Caron Foundation, where Jim received care during a difficult time.

The importance and success of these endowment programs inspired Bill and Maureen to set up a similar fund at the other institution that has played an important role throughout their lives: St. Ann’s Center for Children, Youth and Families. In 2010, the “Billerbeck Family Endowment Fund” was established to support the St. Ann’s mission to educate, support, and care for vulnerable young mothers and children.  Bill and Maureen and their children have all made generous gifts to the fund, which continues to grow each year.

The Billerbeck family’s expectation is that the Fund will continue to increase to a level that “produces income sufficient to make a significant difference in building successful lives for some of those who need financial help and guidance”.

The Billerbecks are incredibly proud of the people that their children have become; Bill tells us that “each and every one of them are remarkable kids”.  Although their children have spread across the country to pursue their careers and start families of their own, they still manage to see each other frequently for holidays, family reunions – and St. Patrick’s Day, of course. 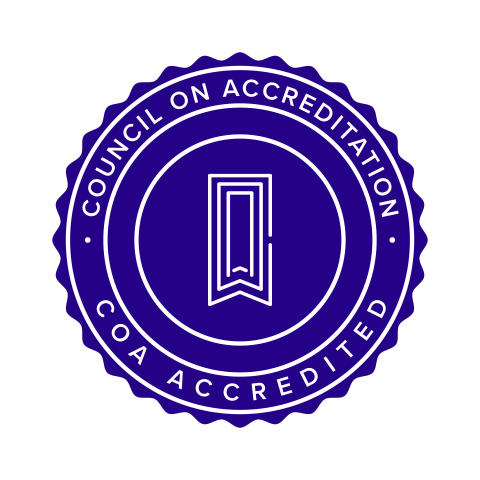